Overcoming resistance in yoga and life

I have an embarrassing habit I need to confess. I often buy things I don’t use. It’s terribly wasteful, I know, but sometimes I can’t help myself.

And the one thing all these items have in common? They’re things that I thought would lead to an improvement. Things I thought that would result in a change.

I had the best intentions at the time, but these things just gathered dust or took up space on my credit card statement.

I’m also the type of person to get really excited about new projects and ideas but often don’t follow through. I have tonnes of energy to start new projects, but lack the discipline to stay the course.

And you know what I’ve come to realise? It’s the same thing stopping me each time.

It’s the same reason I don’t use things I buy, finish things I start, or follow through on ideas.

“Most of us have two lives. The life we live, and the unlived life within us. Between the two stands Resistance” – Steven Pressfield.

Resistance is the invisible force that stops us from doing the things we want to do.

The most common forms of resistance are:

Resistance is found in the gap between where we are now and where we want to be. And the reason we give in to resistance instead of pursuing our higher goals? It feels good in the moment.

Here’s how it works for me. I’ll discover some cool new thing that promises to make my life better in some way. I get really excited and make a commitment –  time, money or both.

I throw myself into this new thing and when I don’t get the instant results I give up and go back to my old ways.

Instant gratification is the accomplice of resistance.

Apparently, one of the single most important factors that predict our success in life is the ability to delay gratification*. There was a classic experiment done in the 1960s called the Stanford Marshmallow Experiment.

4 year old children were left alone in a room for several minutes. They were told that if they didn’t eat the marshmallow on the table, they would be rewarded with two marshmallows.

They faced a simple choice, one marshmallow now or two later.

Most kids went for instant gratification and ate the first marshmallow.

What’s fascinating is that researchers followed up with those children 40 years later to measure their success in a number of life areas. The researcher’s found that the children who were willing to delay gratification and waited to receive the second marshmallow ended up having higher academic scores, lower levels of substance abuse, lower likelihood of obesity, better responses to stress, better social skills as reported by their parents, and generally better scores in a range of other life measures.

This raises a key point, it’s our ability to overcome temptation and delay instant gratification that leads to the successful achievement of our goals.

How often do we give up because we don’t get instant results?

Our resistance, the gap between where we are now and where we want to be, is fuelled by instant gratification.

So if we can delay gratification, we can bridge the gap faster. Doing the work now to receive the rewards later. Investing now so we can reap the dividends later.

And this is the trap most of us have fallen into at some time.

Especially in our yoga practice.

It can take months to reap the rewards of a regular yoga practice. And in those initial few months, we’re likely to encounter the voice of resistance, telling us it’s not worth the time, it’s not worth the effort, it’s not working.  By the way, Bamboo takes years to establish its roots beneath the surface before its “instant”, exponential growth spurts.

Seasoned practitioners can fall into a similar trap. Getting stuck in a yoga rut and feeling like we’re not making progress seems like a good reason to quit. But life works in cycles of expansion and contraction. Nature, economics, relationships.  Trees don’t fruit all year round. A bull market is followed by a bear market. The honeymoon phase doesn’t last. An exhale follows and inhale.

It’s natural to experience phases of contraction in yoga. Periods where we may even feel like we’re going backward. Just as deciduous trees lose their leaves in winter, our yoga practice necessarily requires us to integrate all the previous growth before we’re ready to grow again. And this is the time where resistance and instant gratification can derail us.

So have you fallen for the first marshmallow? Do you need something to kick-start your efforts?

Get unlimited yoga for $30 per week. Cancel anytime.

The real benefits of yoga aren’t fitness, weight loss or flexibility. Its the flow-on effect it has on the rest of our lives. Yoga has the potential to improve all aspects of our lives – physical, mental, emotional, spiritual and relational.

Are you going to stick to old habits or do something your mind and body will thank you for? 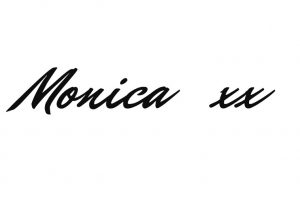